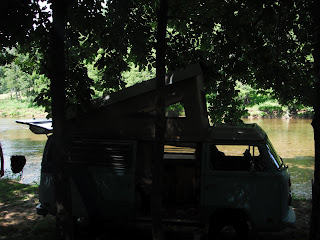 Lenny is going to have his engine rebuilt, hopefully beginning next week. We are going to try and find a place to store him during the time being so we can work on him while his engine is in another part of SC... A mechanic's shop quoted me at least $3k to rebuild the engine and a man I met through the Full Moon Bus Club will do it for at the most $1200. During that time we are going to put in a new fuel tank, work on the clutch and shifter, and get him ready for the road even better than last time. The man who is doing the work for me- nicknamed "Bear"- even has a loaner engine I could put in Lenny while he works on my engine, but another Moonie has it up in Asheville; a bit far for me to go get it. We have some friends and my dad who are going to help us pull the engine out and later put it back in. But we'll have to store Lenny while he's out of commission. We may be looking at another storage unit situation.
In a perfect world we would know someone with extra space on their property for us to rent and commute to work from the Bus, as our lease is ending in a few months. Without an engine we can live in the Bus and work on some of the little things that need love (bench seat, sink, windshield & seal, hole where antenna became loose and came off, sound system, etc) while saving the $750 we've been paying in rent, plus $100-200 in utilities.
We have some prospects in mind, but most of the people we know here don't have the room and are not hippies who don't mind being crowded in a living space. Considering Trey works 50 hours a week and I work 40, a lot of our leisure time would be spent aside the fire & Lenny, watching the summer sun set.
Posted by Laura Anne at 6:24 PM No comments: 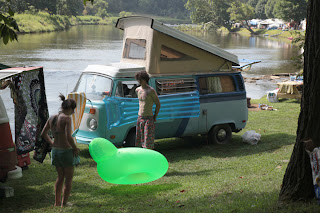 Been looking through some favorite pictures and really missing Lenny. He is at a VW mechanic's shop waiting to be worked on as there was already a few ahead of him. The mechanic did say that when he drove it up to the bay it sounded like it was a lifter and a misfire. So I am hoping his right! We are not in any way mechanics and we can fix a few things here and there. But for now I'd like to get have everything looked over and fixed up since its looking like we may be on the road again soon and don't want to have silly little problems here and there along the way. An experienced eye would do Lenny real good right about now. So soon we will be back on the road again with many more adventures as we have a LOT of catching up to do!
Its great to hear that new people are finding my blog useful and inspiring! I hope that you start going to Bus campouts and maybe I'll see you at one someday.
Posted by Laura Anne at 10:23 AM No comments: 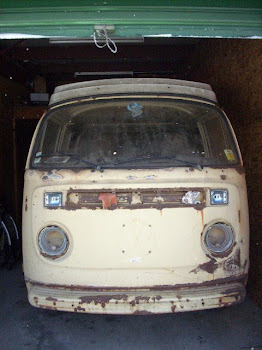 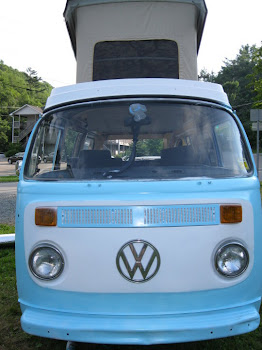 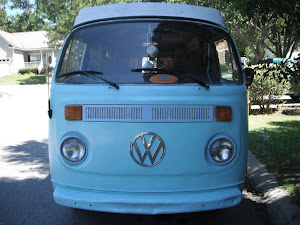